The 4:39 passenger was yet to arrive. I made myself comfortable by seating on one of the darkly green-painted bench. Two other were already seated. One of them, at the centre, was quite big and wide. I had to make an effort to gain some space.

Two hours ago, my father had called me informing that my much older brothet had to be hospitalised due to a minor chest attack. I had hurriedly left, in kind of a frenzy manner, for the station which was at a stone’s throw from my apartment. I was worried but the chain of my thoughts was broken by a sudden voice.

I raised my eyes to see a boy of about ten or so. His complexion was coloured, glittering teeth suiting his dry lips and a confidence.

His eyes were glued to the three of us. “Can I show you some tricks, gentlemen?” he said.

The three of us got amazed. Honestly, I was astonished. It has been a long time since I had come across a kid-entertainer. I nodded with curoisty. He then took out a deck of cards from from his back pocket, extended that arm towards the man who was sitting beside me and said, “Choose a card.” The man took out a card from the middle of the deck. The boy then told him to show the card to the men sitting beside him. The man did so.

After that the boy gestured to place the card back anywhere in the deck. He then shuffled the deck. His hand reached his back pocket and took out a card. Shoeing it to us he said, “This is your card.” His audience clapped. Seeing the response he bowed, “This is the first time I’m performing in public. How was the show?”

I replied with a smile, “Awesome!”

The young magician bid farewell and moved to next audience. He reminded me of my childhood when I too performed tricks.

The train arrived. I boarded it and was enough lucky to find a seat at upper berth. I couldn’t stop thinking about the boy. His newly trained hands and confidence showed that one day he might become a good magician.

As for my too much interest in the boy, I have an answer. I too make a living by doing magic tricks. 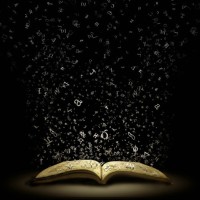 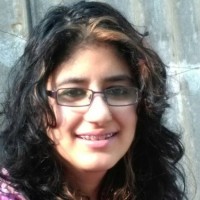 when your reflection is your strength

Hello bloggers! How are you all doing? I hope everything is fine! Please do visit my blog.Comment,like,share anything you want.

Musings and books from a grunty overthinker

Writer To Writers
J. A. Allen

How to feel time: Write

A haven and sanctuary for the words that drip from my mind like a faulty tap, to find refuge on blank pages akin to squatters within empty houses.

Where health meets poetry and blogs...

My Rendezvous With Life